Coordinating and Partnering: the Secret to Success

Coordinating and Partnering: the Secret to Success 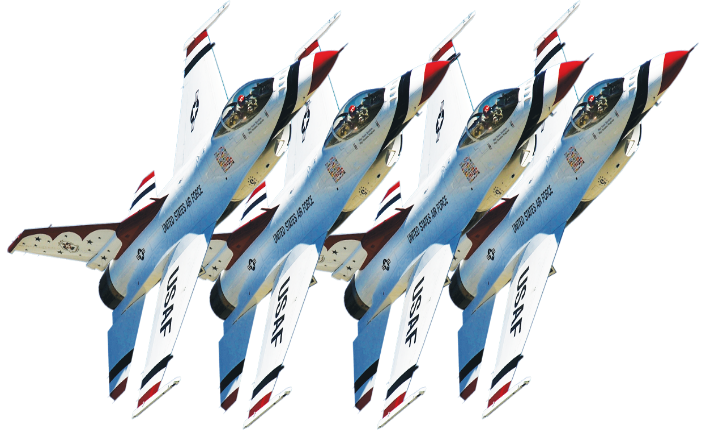 The Michigan Air National Guard will celebrate monumental anniversaries this year and the best way to honor the past is to secure the future. The Michigan Defense Center/MEDC will be supporting both the past and future as the Selfridge and Battle Creek facilities fly through the century mark.

There have been exciting developments for the future of these important Michigan assets thanks to the vision and efforts of Adjutant General Gregory Vadnais, the Governor’s office and the Michigan Defense Center/MEDC. The Protect and Grow Initiative has been providing resources and support to secure the future of both bases. Read about the F-35 mission here!

Meanwhile, on the opposite side of the state from Selfridge, Battle Creek ANG Base has also gained a foothold on the future. In 2016 the 110th Attack Wing was awarded a brand new Cyber Protection Team, a team of cyber experts dedicated to the security of the nation’s cyber system.

Battle Creek makes perfect sense to house one of the new cyber operations squadrons,” said Col. Bryan Teff, commander of BCANG. “The recruiting base we have here in Battle Creek, coupled with the robust cyber-capabilities already in place will allow us to easily expand those capabilities to accommodate an entire squadron.  The Wing represents relevant and future growth mission areas within the USAF supporting Command and Control (C2), Intelligence Surveillance and Reconnaissance (ISR) operations, and now Cyber operations.”

Ft. Custer Army National Guard facility has been designated as two possible sites out of the top four selected locations for the nation’s Missile Defense System sought by the U.S. Missile Defense Agency and legislated by Congress. If President Trump gives the go ahead and the Congress appropriates the funds, Michigan is well positioned to receive this important mission that could bring  hundreds of jobs and millions of dollars of economic impact to the state. The Michigan Defense Center and MEDC is supporting this effort by providing funding for advisory and advocacy activities on this game-changing mission.

Make sure to mark your calendars for big celebrations this summer!

Selfridge will mark their 100th anniversary with an Open House and an incomparable air show featuring the Thunderbirds and hundreds of static and interactive displays and events.  Click here for more information on these August events!

The Defense Industry on Display 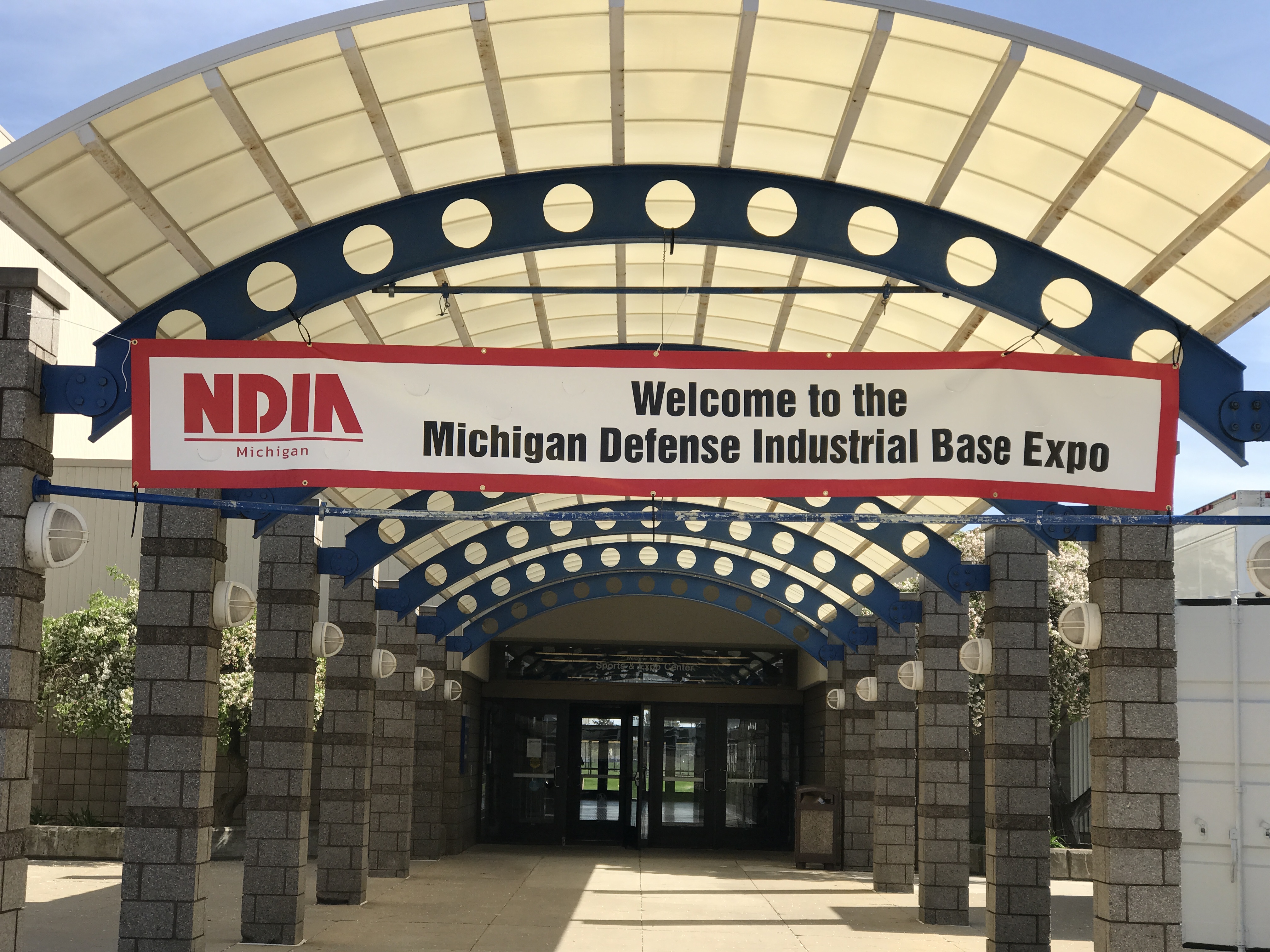 Industry and Military showed off their capabilities and products at the 8th Annual Michigan Defense Expo (MDEX) held at the Macomb Community College Warren Campus in April. Coinciding with MDEX, the Army Tank Armament Research, Development, Engineering Center (TARDEC) Industry Days was also held at the college and provided a convenient stop for industry, buyers, and decision makers to see what’s going on in Michigan’s defense world. 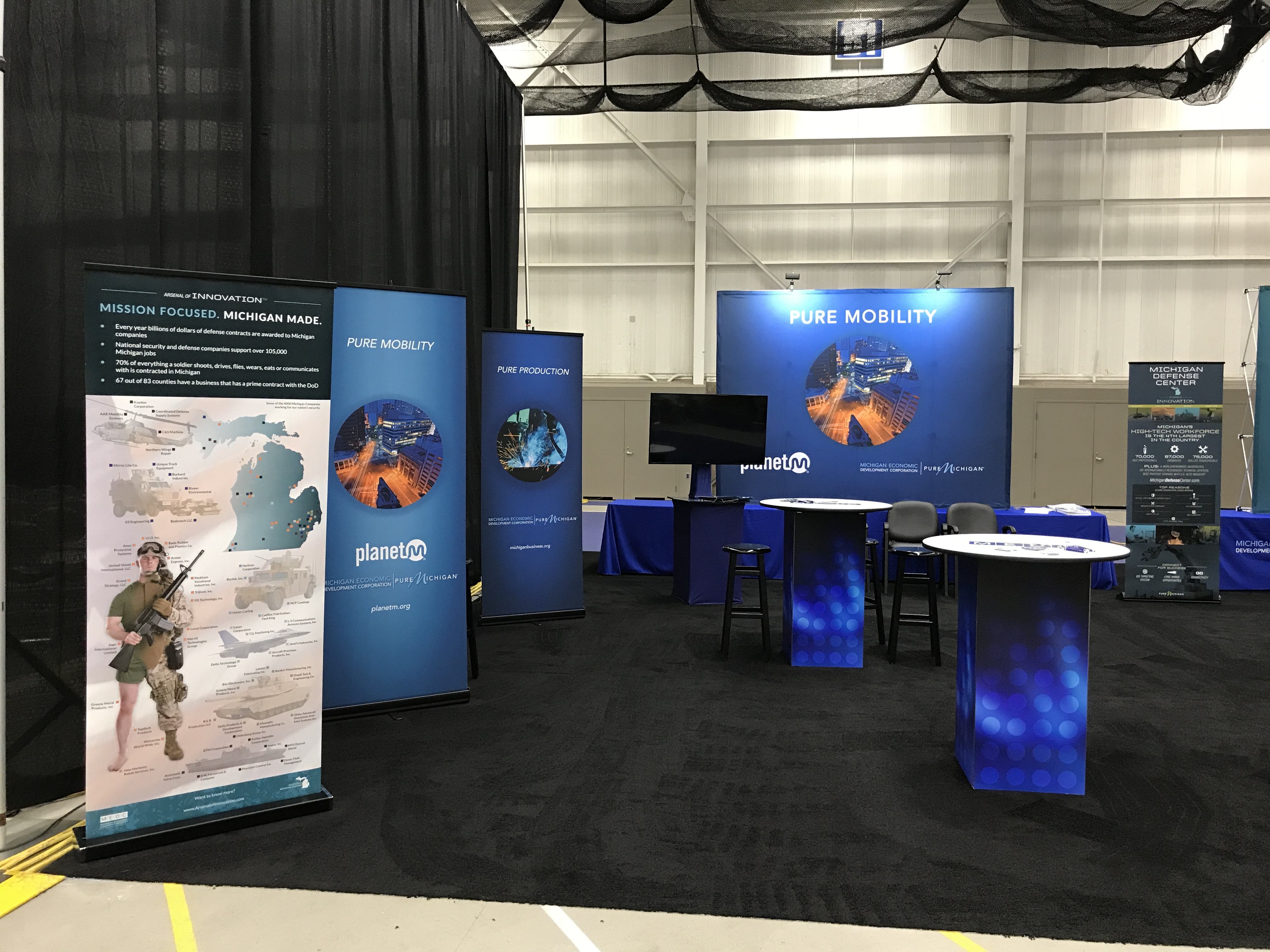 “MDEX has grown in recent years into a premier Midwest military show attracting local, national and global companies to show off their capabilities to the federal buyers and decision-makers and to network and explore partnerships.” Said Vicki Selva, Michigan Defense Center Deputy Executive Director and MDEX Communications Director and Planner. “MDEX, TARDEC Industry Days, AUSA’s Annual Breakfast and the associated events and discussions that surround this event are synergistic and a great opportunity for businesses, government and the community to meet and do business.”

These events drew over 2000 attendees including defense industry delegations from Israel and Singapore. 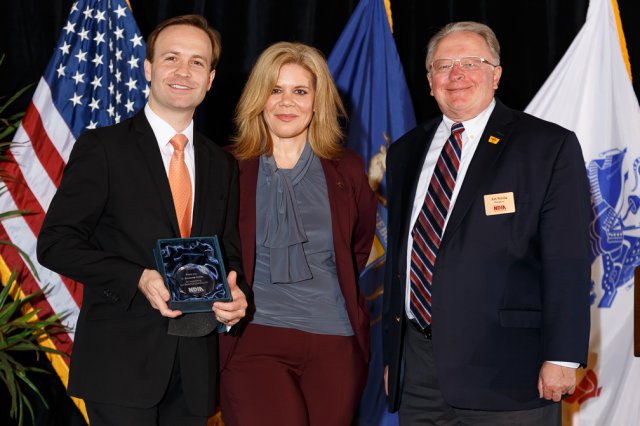 The Michigan Defense Center and MEDC was a proud sponsor of the 2nd Annual NDIA Cybersecurity: Defense Sector Summit, held at the Troy Marriot on March 7th and 8th.  More than 100 industry and government attendees spent two days networking and listening to national experts speak about the impact of cybersecurity on defense vehicles and weapon systems now and into the future.

Featured speakers included Lieutenant Governor Brian Calley, who was awarded for his support of the Michigan defense industry, and the evolving impact cybersecurity has to both the commercial and defense vehicle industries. 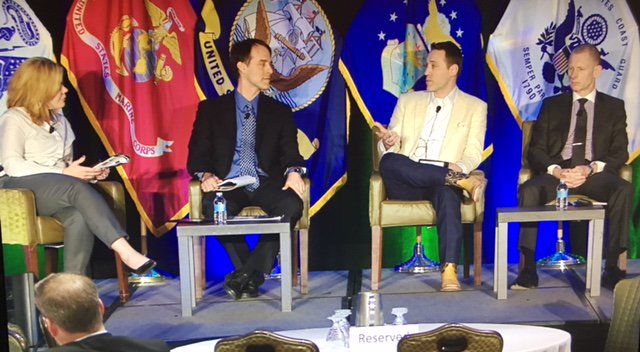