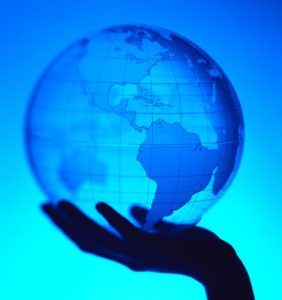 Many Michigan defense contractors that are now focused on the US market may be well-positioned to sell their products and services internationally.  In fact, the US Government promotes foreign military sales (FMS) as a national security strategy to promote regional collaboration and build international partnerships.

Although foreign military sales can be complex, there is strong interest for US products, technology and services in many overseas markets, and there are a variety of resources available to help companies that wish to explore overseas opportunities.

MDC and MEDC will be collaborating on a Michigan booth at the EUROSATORY 2018 Defense & Security International Exhibition, to be held in Paris, France June 11-15, 2018.  Eight Michigan companies will have the opportunity to exhibit at the booth, and others are encouraged to join the mission to walk the show and participate in match-making meetings with potential distributors, customers and partners.

Eurosatory is one of the world’s leading defense shows, featuring all products on the air and land defense and security supply chains, from basic parts to finished products and operational systems.  The show is organized by the French Ministry of Defense and the French aerospace industry association and attracts exhibitors from over 50 countries and over 60,000 visitors.

Without doubt, the opportunities for international defense sales are continuing to grow.  In 2016 World military spending increased to $1.69 trillion representing 2.2% of global GDP.  This represented a 0.4 percent increase from 2015, spurred in part by the first increase in North American spending since 2010, as well as increases in Western Europe.  Spending continues to grow in Asia and Oceania, Central and Easter Europe and North Africa, while spending fell in Central America and the Caribbean, the Middle East, South America and sub-Saharan Africa.  Feared aggression from Russia, China and North Korea, combined with increased conflict in the Middle East and global terrorism, are expected to drive defense spending, leading to global market opportunities for US defense exporters.

According to the U.S. Department of Commerce, the aerospace sector comprised over half of total US military exports from 2013 through 2015.  Leading exports included military aircraft parts; tanks, artillery, missiles, rockets, guns and ammunition;  and military aircraft exports.  Demand for US military parts, light attack and surveillance aircraft, and tanks, artillery, missiles, rockets, guns and ammunition is expected to continue over the next decade, along with demand for maritime patrol aircraft.

It is also worth noting that many technologies developed for use in the air are now being deployed on land vehicles and movement towards connectivity and autonomous vehicles is critical in the defense as well as the commercial sector.  This creates opportunities for Michigan companies, many of which are leaders in these technologies.

For companies interested in defense exports and/or Eurosatory, please contact Jeanne Broad at MEDC (broadj@michigan.org) to attend a briefing on “Opportunities for Michigan Defense Exports.”  The program will provide an overview of defense export opportunities, information about the Eurosatory mission–including tips to get the most out of participation, and an introduction to the Michigan services available to support defense exports and export preparedness.

The program will also be offered in Grand Rapids at a date to be announced.