The Mackinac Policy Conference (MPC), hosted by the Detroit Regional Chamber, is the annual premier forum that brings state and federal leaders together to discuss important statewide topics that effect the economy and the quality of life for Michiganders.

MPC 2017 highlighted several of the Michigan Defense Center’s Protect and Grow Initiatives. Through the state’s investment in the plan’s recommendations, the Defense Center has funded advocacy, advisory and research activities to the National Guard and Macomb County to secure the F-35 mission at Selfridge International Guard Base.

The Air Force has selected 5 Guard bases around the country based on capabilities and economic factors. 2 Bases will receive a new mission—the F-35 fighter planes. The F-35 mission will not only grow the industry and maintenance services in Michigan, but, it will also provide new training missions state-wide and secure Selfridge’s future into the next generation. 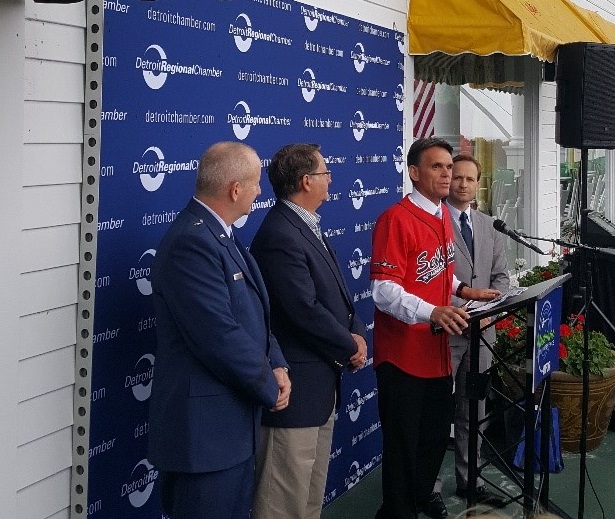 A press conference on the porch of the Grand Hotel at the 2017 Mackinac Policy Conference featuring U.S. Senator Gary Peters, Macomb County Executive Mark Hackel, Selfridge Commanding General Slocum and Lt. Governor Brian Calley let the world know that Southeast Michigan is ready–with the facts– to fight for this important mission of the future. See more information about the F-35 and Selfridge at www.MIF35.org!

Also on display at the 2017 MPC was another P&G recommendation; establishing an autonomous vehicle corridor along I-69.

The commercial auto industry’s interest in producing viable autonomous platforms is well known. Less talked about is the Department of Defense’s equally robust effort. Autonomous platforms extend the reach of defense activities and saves the lives of personnel, most in danger when transporting supplies and needs in danger zones. Where else does commercial and military research and development needs merge more closely than in Michigan?

The U.S. Army TARDEC is engaged in the research and development of autonomous technologies working with domestic and international partners here in Michigan. In order to test these innovations, the Army and the MEDC/Michigan Defense Center signed a CRADA (Cooperative Research and Development Agreement) at the 2016 Mackinac Policy Conference which allowed the Defense Center to invest $500,000. of state money, matching it to $1 million of federal funding to further autonomous platform development here in Michigan. 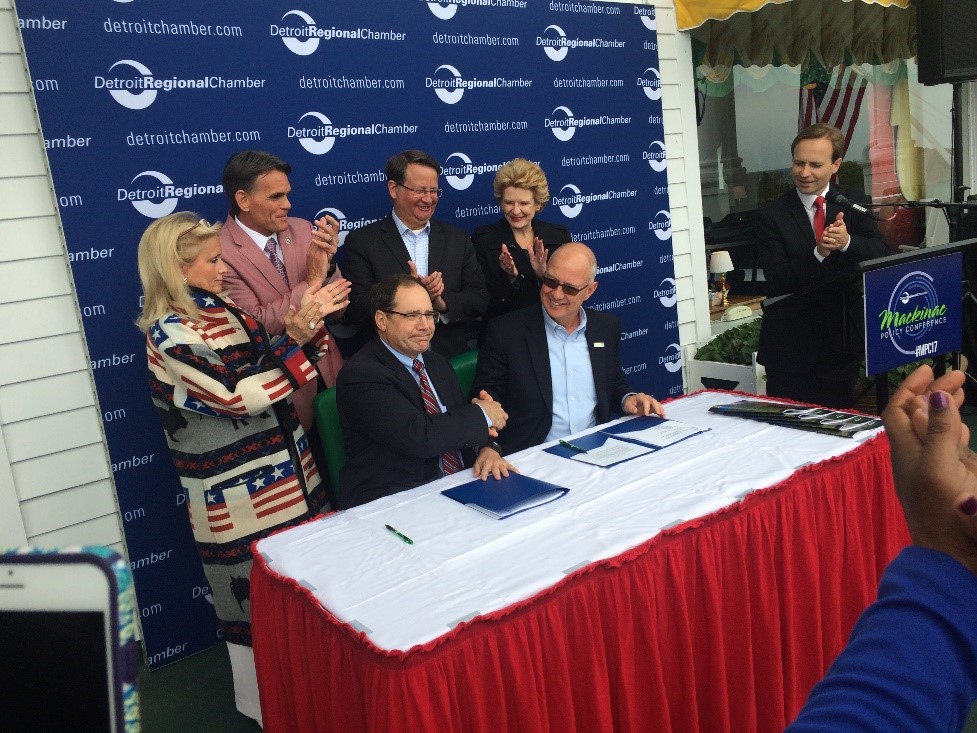 At this year’s Mackinac Policy Conference, the U.S Army continues its work with the state to reach the objectives of the Protect and Grow recommendations as it enters another partnership with the State of Michigan by signing a CRADA with the Michigan Department of Transportation. This new agreement will allow for further testing and evaluation of autonomous technologies on military vehicles along I-69 as well as the Blue Water Bridge.